If you're planning on bringing in new computers, televisions, video game consoles, sound systems or any high-dollar electrical systems, you'd better be sure that your home can handle it. There may be some problems behind the walls that you may not see, such as frayed wiring or burned electrical contacts that could damage your equipment or your home. Before spending top dollar on the newest technology, invest in an electrical inspection and upgrade to make sure your home is prepared.

Old wiring is a problem that is hard to identify until it's too late. Homes are designed to last for decades, and the wiring should be able to handle just as much time before the copper and coating material begins to wear away. Unfortunately, many unexpected issues can speed up the wear and tear.

Electricity is a source of heat, which carries a problem that both unpredictable lightning and controlled power share. As metal heats up, it begins to expand in a process explained by thermal expansion. When the wire cools, it begins to shrink back to a near normal size. With cold weather, the wiring can contract or shrink into an even more compact size.

Both of these actions are manageable for decades unless something traumatic along the lines of lightning or a power surge occurs. Old wiring can be brittle to the point of barely touching until cool weather pulls the wires apart, or the wires could constantly touch and separate as power fluctuates. Eventually, a fire could begin if too much dust and debris is introduced with enough of an electrical demand. This is where your electronics come in.

Although many modern devices should be more efficient in electricity usage, the devices may still demand far more electricity at one time than basic lamps and radios used in many older homes. Your new entertainment system may be too much for the wiring.

If the wiring is already beginning to fail, the wiring in your home may become overburdened. Electrical fires may not be the most likely problem, but blackouts and damage to your electronics can happen easily. You may even be out of power sooner than planned if you rely on old wiring instead of bringing in an electrician for a controlled upgrade.

Computers are especially in danger when it comes to weak wiring. If the wall wiring separates, some devices may continue to work or turn off with no relative damage. A loss of power with a computer can result in data loss if you're unable to save your information in time, or corruption in rare cases. 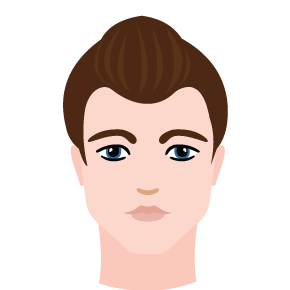